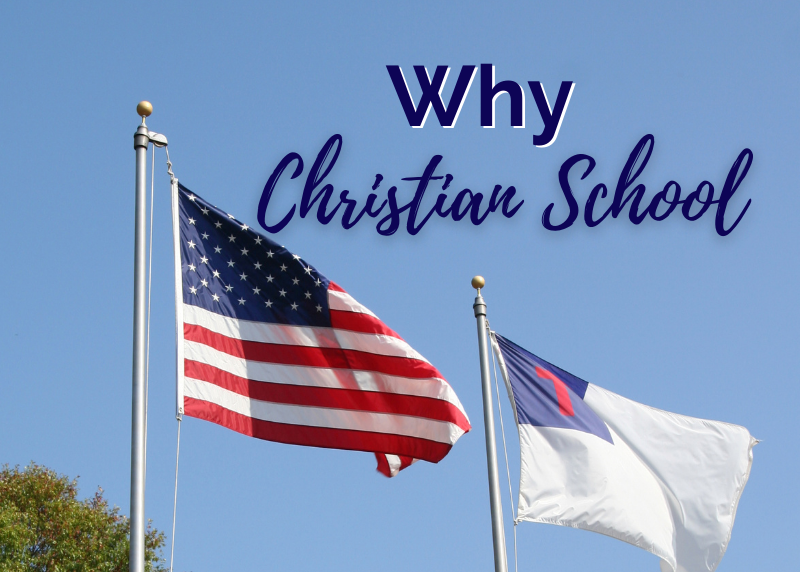 The greater purpose of school is to prepare and equip students for life, the world and their place within it.

“I have no greater joy than this, to hear of my children walking in the truth” 3 John 4.

Public schools do a great job at preparing students academically. However, they are unable to guide students through a standard of truth provided through a Biblical worldview. As a Christian, this is found in the Word of God.

Public education has created a system that sets students up to physically, socially and educationally succeed in the world. There is a critical piece missing in the system. That is the ability to spiritually prepare students for the world beyond their educational years.

The curriculums integrated in the public education programs are not designed to guide students to understanding their identity in Christ. Such curriculums fail to establish a character in your students that model the character of God. Instead modern text books have cultivated the tolerated behaviors of the secular world and the agendas hidden within it.

Evolution is the primary truth that curriculum is curated to uphold as a truth. Does it matter? Absolutely. Because, if the Christian student buys into evolution, then they have denied God as the creator of the universe. Most of the time this is unintentional, but is completely influential in their faith.

The purpose of Christian School

The greatest influence in your child’s life is school. Schools will be able to shape your child’s view of the world in which they live. A student’s heart, mind and soul is shaped through the greatest influences in their lives. It is often thought that a school’s purpose is to instill knowledge. The power a school has to impress a worldview on the life of your child is great. This will affect their emotions, actions and lifelong decisions.

The most important goal of Christian education is to instill an understanding that God is at the center of every pursuit of knowledge. Not only that, but Christian schools also strive to challenge students to be actively involved in their faith beyond High School.

At Casper Christian School, we partner with the home and church to bring a consistent understanding of God to students through academics, service and missions. Teens are much more likely to continue in their faith as adults when a solid foundation in the faith is established.

Most Christian parents are willing to give their children the best foundation in the faith. However, affording Christian school is the number one stumbling block to the pursuit of Christian education.

Christian school is not free like a public education. No matter where your students attend school, there will be a cost. While some costs are not obvious, paying tuition can feel like a very overwhelming addition to the average family’s budget.

Christian School is an Investment

Blessed is the man Who walks not in the counsel of the ungodly, Nor stands in the path of sinners, Nor sits in the seat of the scornful; But his delight is in the law of the Lord, And in His law he meditates day and night. Psalm 1:1-2

Christian parents want their children transformed by the gospel.

The affordability of a Christian education is one of the biggest challenges for families. So how can they afford this path that will help them walk in truth?

Paying tuition for Christ centered academic excellence is not a debt or a cost. It is an investment. Making an investment into the lives of Christian students will prove a greater return generationally and eternally. God can and will be each student’s provision at Casper Christian School.

1 thought on “Why Christian School?”